MEPs are directly elected by the citizens of a member state. You represent both your member state and your political party in the EP. In your role as an MEP, you will be a member of one of the 8 political factions that make up the parliament. Depending on which faction you belong to, you will have the responsibility of promoting these political values (liberal, green, social democrat etc.) in the parliamentary debates. The particular wings of political values also differ depending on the member state which you represent, which can lead to intra-faction splits – a social democrat from Spain may not have exactly the same views as a social democrat from Germany, for example. During the simulation MEPs must work together to achieve a common position within the faction and then try and create consensus within the EP and, for a piece of legislation to pass, with the Council of Ministers. It is important, therefore, to work closely with the Ministers and the journalists in order to win support for amendments. A leader and a secretary will be elected for the faction. This involves directing the faction, giving opening statements and leading the negotiations with other factions. Additionally, factions will benefit from the support of a Political Support Officer.

The Council is comprised of 28 representatives from each of the EU member states.  As a Minister of the Council you will represent the political interests of your national government in a particular policy area. Each member votes roughly in proportion to the size of the population of their country. A qualified majority is needed to pass a piece of legislation so forging alliances with other ministers with similar national interests is crucial. As the journalists are not privy to meetings of the Council, ministers should participate in the daily press conference to convey, as diplomatically as possible, the developments of the day.

As a journalist, your role will be to collect information over the course of each day of the simulation, putting together, with your colleagues on the press team, a daily MEUScot newspaper. This includes conducting interviews with MEPs and Ministers and being present at the social events and press conferences. You are expected to stay in your role even during the coffee breaks and social events as this is where you will pick up the most interesting details about inter-factional disputes or cross-party alliances, for example. You will be led by the Journalist Coordinator and expected to write at least one well-written, well-researched article per day. Photos of the simulation and evening events will also be required for the daily paper for those who feel confident with a camera (smart phones will do!). 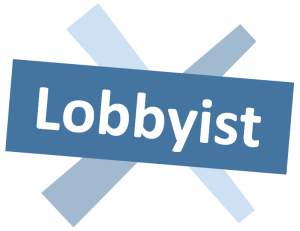 As a lobbyist, you will seek to shape the outcomes of the conference by taking forward efforts and activities to influence the decision-making process and the policy outcomes of the Parliament and the Council. Representing an interest group or organisation, you will plan and take forward a strategy for lobbying, developing your own briefings on the topics, providing statements, and engaging in discussions with MEPs, their parties, government ministers, and the media. Training will be provided for your role, and you will be supported by a Lobbyists Coordinator who will guide you with advice and strategic development of your activities.