The first MEU Scotland Conference has concluded, with over 70 participants from over 20 nations attending the University of Strathclyde, Glasgow City Chambers, and the Scottish Parliament to discuss the EU’s role in sustainability and climate change action. 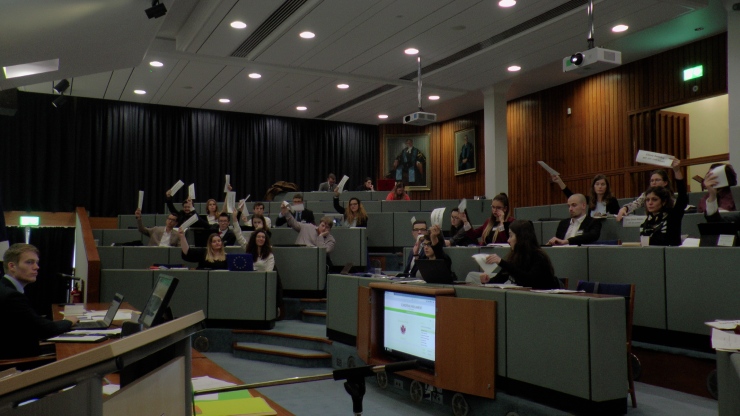 Participants taking the role of Commissioners, Chairs, MEPs, Ministers, and Journalists learnt, debated, and concluded on topics related to Fisheries and Emissions policies. The MEU began with a training day featuring workshops and guest speakers including Clrr Antony Buchanan from the Committee of the Regions, and the Scottish Greens Europe Spokesperson Ross Greer MSP. Our conference was held in the University of Strathclyde’s Court/Senate Suite and provided an excellent base for our Committee, Media, and Parliamentary settings. We were delighted to receive a recorded welcome speech from Alyn Smith MEP, and to be joined by Per Johansson from the European Parliament Office in Scotland during the final day of debates and for our closing Ceremony.

We were honored to be hosted by the Lord Provost of Glasgow, Cllr Eva Bolander for a special Civic Ceremony to wrap up our conference before a visit the next day to the Edinburgh for a visit to Edinburgh’s historic Royal Mile, a tour of the Scottish Parliament and attendance on the debate which resulted in the ban of shale gas fracking in Scotland, and a special Q&A session in Committee Room 6 with Europe Minister Alasdair Allan MSP. Participants also highlighted their enjoyment of our social schedule which included tours of the City, watching a EUFA Championship Game, a classic Glasgow pub crawl, and the social feature of MEU Scotland, the Strath Ceilidh Band night!

We would like to thank all of our supporters and partners including the University of Strathclyde, Strathclyde Student Union, the City of Glasgow, the European Parliament and Commission Offices in Scotland, Patrick Grady MP and Sandra White MSP for submitting resolutions supporting our conference to both the Scottish and UK Parliaments, and civic groups such as Stand Up For Europe and New Europeans for helping to promote our event. 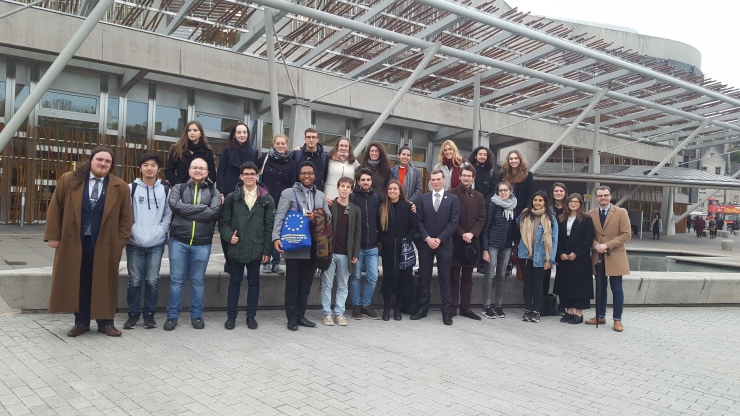 We were also honored to be granted the Patronage of the European Parliament by the EP President, and are grateful to the institutions of the EU for their support of efforts. As the first MEU in this part of Europe, and the largest EU youth event with the first dedicated EU youth organisation in Scotland being set up to deliver it, we have been thrilled with the interest and support in our conference. 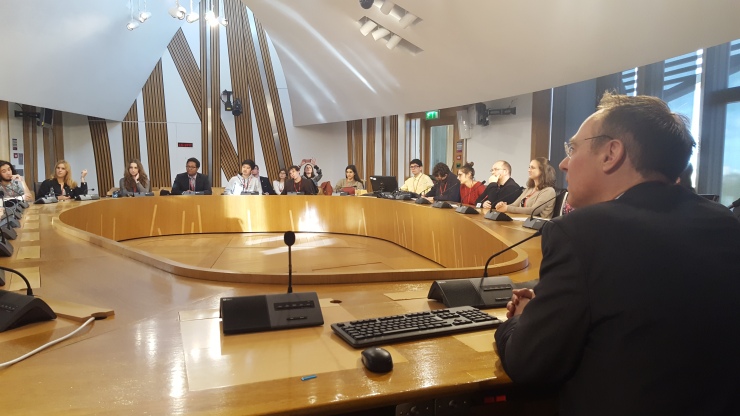 We were bowled away with Participants feedback, and the excitement still displayed by our participants and supporters. We look forward to releasing details in the new year for the next MEU Scotland Conference and our other upcoming activities.